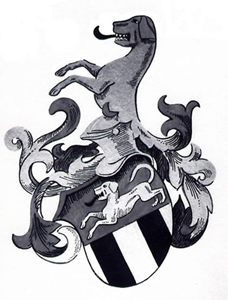 The first bearer of the name Steup appears documented in a not exact timed register about 1450 - 1480 of the free Vogtleute from the "Herrschaft zum Westerwald" (Authority of the Westerwald). He was named here as Stips Hentze, without mention of habitation and a livestock of 4 Coi (cow) und 1 Phart (horse).

Since this first appearance of the Steup family their life are centered during the next 300 years around the Westerwald, only a few persons are leaving. The virtual living environment is the parish Marienberg (dialect: "Owerkirschpel"). Here they are often mentioned as "Almosenpfleger", juryman or mayor.

Because of the increasing poverty at the Westerwald starts at the beginning of the 19th century a big emmigration move. Prefered destination are the Eastern States of the new founded USA. Not all emigrants keeped their birth names; some americanized themself and changed their name from Steup to Stipes or from Franz to Francis.

Also the the Industrial Revolution at the beginning of the 19th century with the change from a farming to a industrial society leave marks. Familymembers moving from the Westerwald to Industrial centers like the Ruhrgebiet.

Other relatives are moving in the opposite direction until they arrived Indonesia, the former netherlands dependency of Batavia. Also in Budapest or in Vienna we can find marks of the family.

In a Database are the known members of the family listed and those who are related by marriage. Because protection of privacy the data of the living familymembers and the access to the picture libary is only after registration (registration actually unrealised - lot of work <-> no time) allowed.